Will the high pressure of the chiller alarm? What’s the reason? How to solve?

Will the high pressure of the chiller alarm? What’s the reason? How to solve?

First of all, the condenser is the top priority. 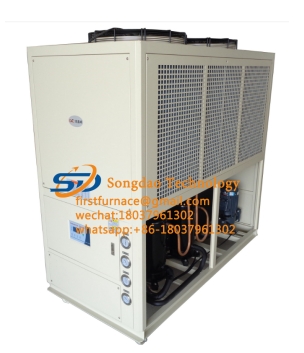 Solution: Clean and clean the condenser.

Like the condenser, the evaporator is also prone to impurities, foreign matter, and scale problems. Since the “frozen water” used in the copper tube of the evaporator is water in the true sense, it is prone to scale problems. In fact, even the second Alcohol, as chilled water, will also cause impurities and foreign matter to enter due to recycling, so clogging may occur.

The solution is similar to the condenser. Of course, it is solved by cleaning, causing high-pressure alarm, or it may be caused by insufficient refrigerant.

The refrigerant is also the refrigerant. The chiller refrigerant will be missing to a certain extent during the continuous cycle operation, so it should be refilled in time. Although the missing amount is not large, it needs to be paid attention to after a long period of time.

Of course, it is also possible that the refrigerant is leaking, and the resulting refrigerant is insufficient. The leakage point should be found in time, and measures such as leaking should be taken. Finally, sufficient refrigerant should be added. In addition, the water-cooling and air-cooling systems cannot meet the heat dissipation requirements of the condenser. It will also cause compressor high pressure alarm.