What is induction hardening heat treatment?

What is induction hardening heat treatment?

B. Due to the fast induction heating, the austenite crystals are not easy to grow. After quenching, a very fine cryptocrystalline martensite structure is obtained, which makes the surface hardness of the workpiece 2-3HRC higher than that of ordinary quenching, and the wear resistance is also improved.

C. After surface quenching, the volume of martensite in the hardened layer is larger than the original structure, so there is a large residual stress in the surface layer, which can significantly improve the bending resistance and fatigue strength of the parts. Small size parts can be increased by 2-3 times, large size parts can be increased by 20%-30%.

D. Because the induction heating speed is fast and the time is short, there is no oxidation or decarburization after quenching, and the deformation of the workpiece is also very small. After induction hardening, in order to reduce the quenching stress and reduce brittleness, low temperature tempering at 170-200 degrees Celsius is required. Larger workpieces can also be self-tempered using the residual heat of the quenched workpiece. 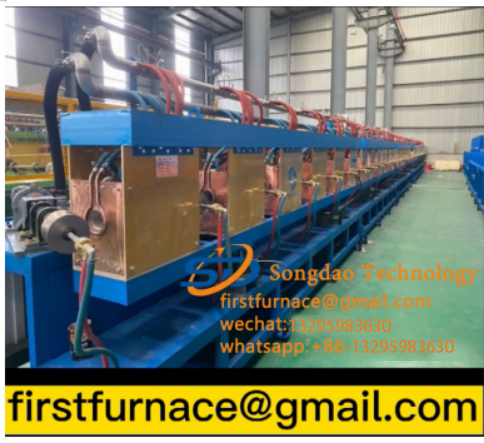