The half-shaft design brings greater difficulty to induction heat treatment. 1. The use of an inductor not only meets the deep quenching of the rod, but also meets the quenching of the large diameter range of the flange corners, and its power distribution is difficult to grasp. 2. The thinner rod diameter and the deeper quenching layer make it difficult to control the quenching deformation of the parts. Therefore, a special sensor must be designed to overcome the above difficulties. The newly designed inductor has the following advantages: The inlaid magnetic conductor forces the magnetic field lines to concentrate on the rounded corners, which improves the plane heating efficiency and greatly enhances the rounded corner quenching effect. Through actual production and testing, the quenched semi-shaft has high strength and toughness, realizing a reasonable combination of strength, plasticity and toughness. The process adopts a vertical quenching machine to continuously quench, which can produce high-quality semi-shafts in large quantities. 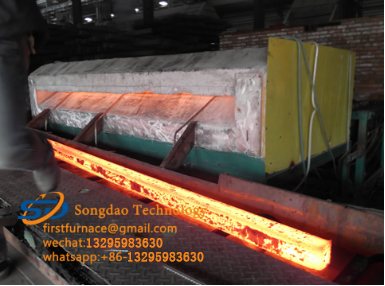